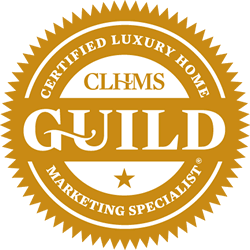 What do Clients Say?

GARY KELLER is CEO of Keller Williams Realty International, which he co-founded with Joe Williams in 1983. The company began franchising in 1991, expanded to Canada in 1998, and has become the largest residential real estate company in the United States in agent count, closed units, and closed sales volume. Here is what Gary says about Mike: “One of the the smartest people I know. He also is a phenomenal listener. He’s very deliberate, and a wonderful collaborator and consensus builder. He is one of the finest leaders I have ever worked with.” Keller was not merely looking for a top performer in Brodie: “Our company had a dramatic change after we hired Mike...He brought legitimacy and a ton of leadership, and immediately took us from average to significantly above average.”

DAVE JENKS has been in the real estate business for over 25 years. He is co-author of two national best selling books (The Millionaire Real Estate Agent and The Millionaire Real Estate Investor). As a highly respected teacher and consultant, he has trained thousands of agents in the building of their real estate careers. Here is what he had to say about Mike...”I remember in 1988 when I moved here at the time with C-21, I asked people who do I need to meet to understand the Real Estate Market....the name that kept coming up was MIKE BRODIE.”

VIRGINIA COOK, Chief Executive Officer of Virginia Cook, Realtors expressed “Mike has stood for what is right, what is fair and what is good. By sticking to his guns and to his principles, he has made a significant difference in his company, his community, and our industry without sacrificing the close, caring relationship he has with his own family.”

Mike Brodie has become one of the most highly regarded REALTORS in America by always putting his clients' needs first. Brodie's successful career is highlighted by providing value and excellence in service. He is the Cofounder of the Keller Williams' Preston office, Operating Principal of the Plano office, and a Co-Owner of the company's Northern California/Hawaii Region which now comprises 35 offices and more than 4,000 associates. In 2007, he became Co-Owner of Keller Williams Realty, Maryland/DC Region.

Community service is important to Mike as well. He serves as Chairman of the Board at The University of Texas at Dallas.  He has served on the executive committee of the Lone Star Chapter of Big Brothers & Big Sisters, and on the Board of Directors for Baylor University Hankamer School of Business. He is past-president of the Plano Chamber of Commerce. In 2010 he was awarded the Distinguished Alumni Award from Grand View University.

© 2022 The Institute for Luxury Home Marketing. All rights reserved.